Chef-owner Hiroki , holder of 2-Michelin Stars, returns to Hong Kong, home of the first overseas venture of his two Michelin-star outpost from Osaka, to present his new omakase, which celebrates an homage to the roots of traditional Japanese cuisine with his artistic creative flair for which he is loved, is now available.

Exiting quarantine in Hong Kong, Chef Hiroki, is one of the first internationally renowned Japanese chefs to return to the city during the pandemic, to unveil his new menu.

Chef-owner Hiroki’s poetic new 19 course reflects a full circle of his creative culinary journey where he takes traditional Japanese ingredients and the craft of Omakase to new levels. While the with accents of modern European technique are still skillfully used to develop his new dishes and Edomae-style sushi, the focus has remained on a menu which will fly sophisticated diners to a modern and elegant Japan.

In over a year away from Hong Kong, Chef-owner Hiroki, has continued to explore new boundaries including pastry techniques and traditional Japanese dessert making, drawing fresh inspiration from his home in Japan.

Highlights of the new omakase include Uni Gougère where he skillfully unites Gruyère cheese with fresh homemade uni powder, to create a powerhouse of flavour. His menu includes Bonito sashimi wrapped with Kombu Tsukudani, Chives and garnished with Japanese Mustard Dipping Sauce which draws inspiration from the local favourite Peking Duck. The expert combination of exquisite flavours is constructed to unveil hidden layers of tastes and textures as the diner bites into the dish – a hallmark of Chef Hiroki’s creativity and passion to present and elevate fresh ingredients to new levels as part of his lyrical omakase journey.

While Chef Hiroki deeply respects tradition, he is certainly no follower of tradition. He has taken traditional clam sushi into another dimension, unleashing his creativity to create a clam soup with Ibonoito Somen, representing harmony and love. His Akagai, Yam with Egg Yolk nigiri-style sushi presentation is another creative tour de force to craft a unique textural crunch and a visual delight while the in-season sous-vide oyster sushi in a sweet sauce, showcases and elevates a seasonal flavour.

Make a reservation now or Whatsapp us to have one of the most anticipated omakase menus of Sushiyoshi! 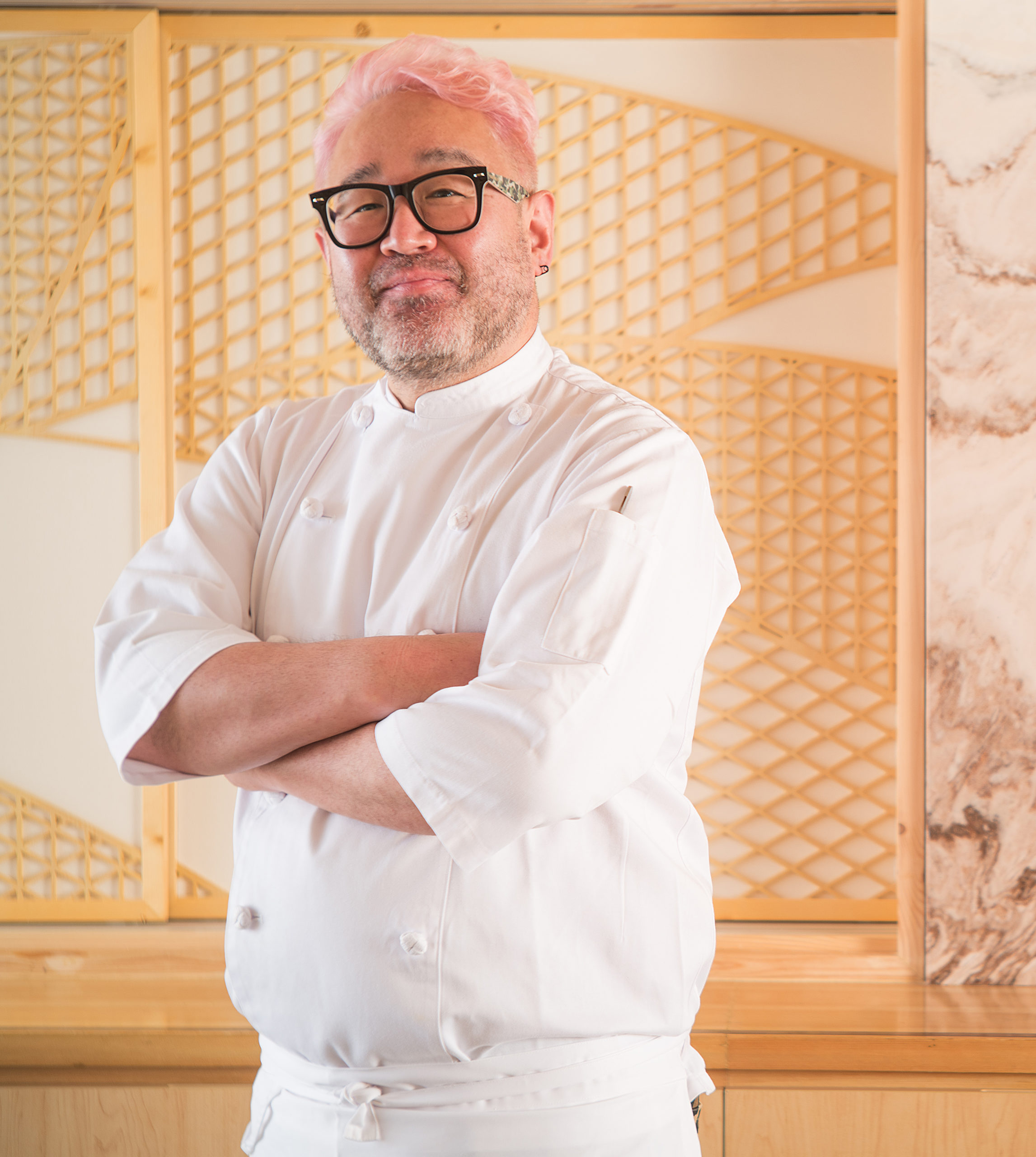